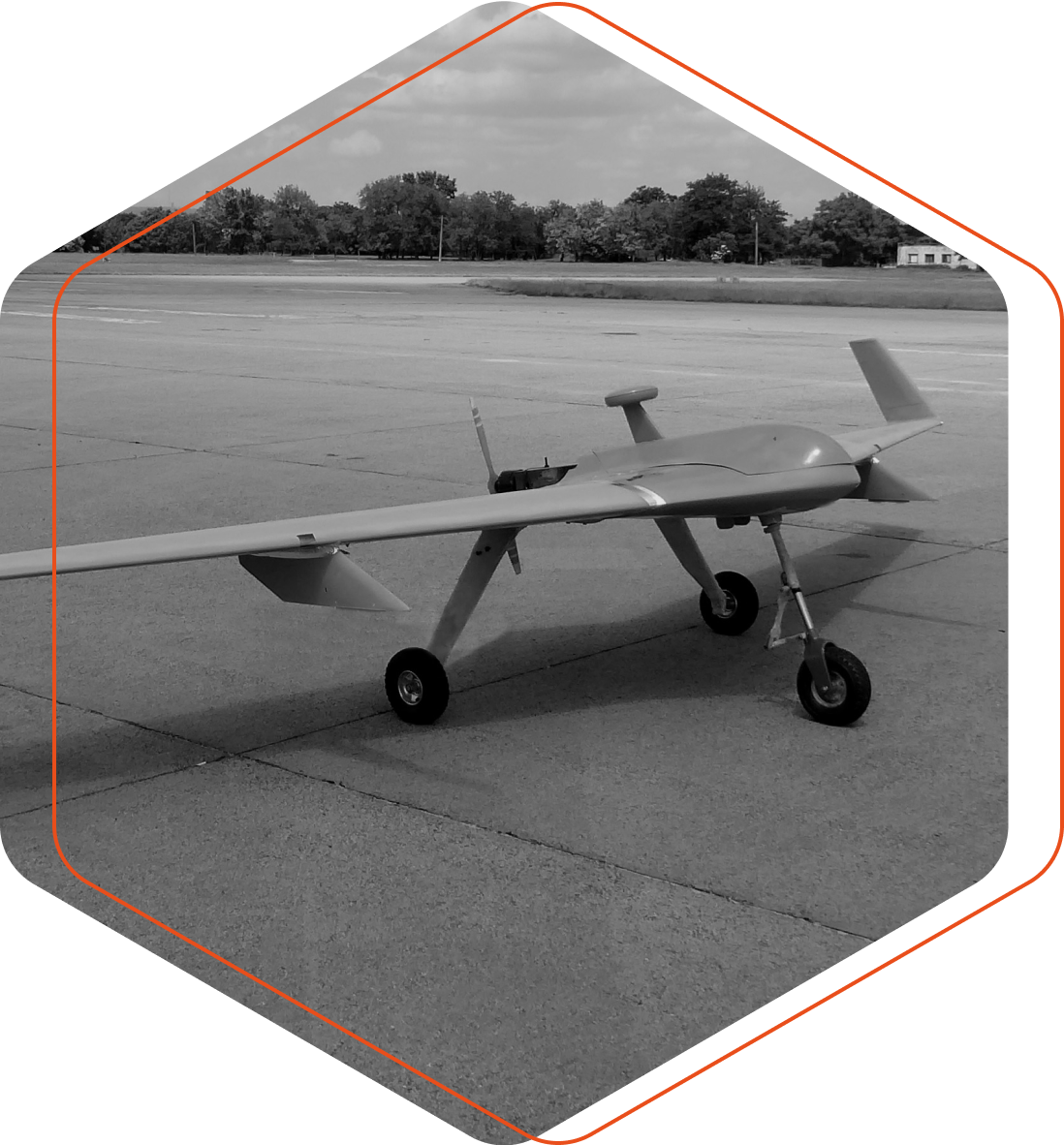 Where the journey started

In 2000 the idea of building robot airplanes emerged at the Amateur Aircraft Builders Association and has been the main goal ever since. We have teamed up with engineers, and established a self-organized drone development team. As a result of continuous experiments and improvements, we built the first organ donor transport drone prototype in 2012. Ever since we finetuned, created & tested 6 upgraded versions until we found the current 7-meter dragon drone structure, which proved suitable for organ transportation. We have manufactured a total of 98 composite aircrafts to gain sufficient know-how and experience to build not only optimally functioning but also reliable aircrafts. Many developed countries have been using medical drones to transport blood, medicine and organs for years.

The UAVI transplant drone project team consists of drone developers and crypto specialists. Members of our crypto team have 5-10 years of professional experience & results in the blockchain industry. Our crypto team works on mining, trading robot development and brokerage.

The robots we developed have been trading on cryptocurrency exchanges for the past 4 years to the satisfaction of our clients as well as our own portfolio. Our 8 years of experience operating a crypto brokerage are unique in the industry. In addition to our IT and crypto know-how, we have significant experience in corporate management, marketing, and communications.

UAVI token is a means of payment that provides the opportunity to reduce the cost of transplant organ transportation.

The future of organ transportation

Drone transportation of organs for transplant is a technology of the future. The UAVI transplant drones are unbeatable in cost-effectiveness, speed and efficiency.

The solution for an European level coverage lies not in a single type of drone for organ transplant delivery, but in developing different types.
Transplant drones developed by UAVI are highly efficient and fully optimized for the task. Our development team is collaborating with external development teams to establish new types of drones specifically fit to the area's weather conditions and the courier's load bearing needs.

The UAVI transplant drone is a highly economical device. The currently used aircraft and flying models and equipment are mostly used at a high maintenance and operating costs, as it was developed primarily for the transport of people and bulky goods. The advantage of the UAVI transplant drone is that if we need to transport only one organ, or anything below 25kg, we can create a much smaller dimension design, than using a whole plane/helicopter for that.

Another economical advantage is that manufacturing a drone costs a fraction of manufacturing an airplane. With drones we can calculate with non-stop use, so upkeep costs divided by 365 days 24 hours is significantly lower, than of an airplane. Like airplanes, drones are not able to fly 24 hours a day, 365 days. routine checks, charging batteries, replacing the engine and general maintenance because its parts do wear out the same way. However, extended to a fleet we will experience a huge difference in all these costs!

To manage organ transport, think of an entire fleet, with a single drone it is not feasible. This fleet can be assembled also with small aircrafts, but the cost of frequent servicing, engine replacement and general maintenance would not make it cost effective. Time efficiency is a very important factor in organ transport, so the engines run at maximum power, these are subject to much more wear and thus their life cycle time is shortened. Essentially in a Cessna plane there are more components and instrumentation compared to drones, these also show significant differences in maintenance cost.

Devices with a multicopter design have poor energy density and operating efficiency. That means 1 kg stored energy is used with the worst efficiency because in the air motors need to be running continuously to be able to fly. In contrast, rigid-wing flying devices are capable of gliding without a motor needing to cover distances. This is called the glide number for flying devices, i.e., to descend one meter, how many meters is the aircraft able to move forward. As an example an airplane is traveling with an average glide number of 15, 16 a glider is advancing with a glide number of 30-40. Because of this, it follows that the proportions of rigid-wing flying devices are cabable of flying much more than multi-rotor devices. The UAVI transplant drone's gliding number is 32, which is considered to be remarkably high, and this results in an outstanding economic performance. This is a better glide number than what airplanes have.

The fuel usage of carrying a 25kg load is equivalent to a scooter's energy consumption. This a is very good performance compared with other flying devices known on the market today. UAVI transplant drone is a small cubic boxer motor by default, but depending on requirements and range, drones are available with both electric and electric - hybrid drives, both reducing emissions of toxic gasses and rate of ecological footprint. A small Cessna plane consumes a minimum of 6x as much per hour as the UAVI transplant drone. 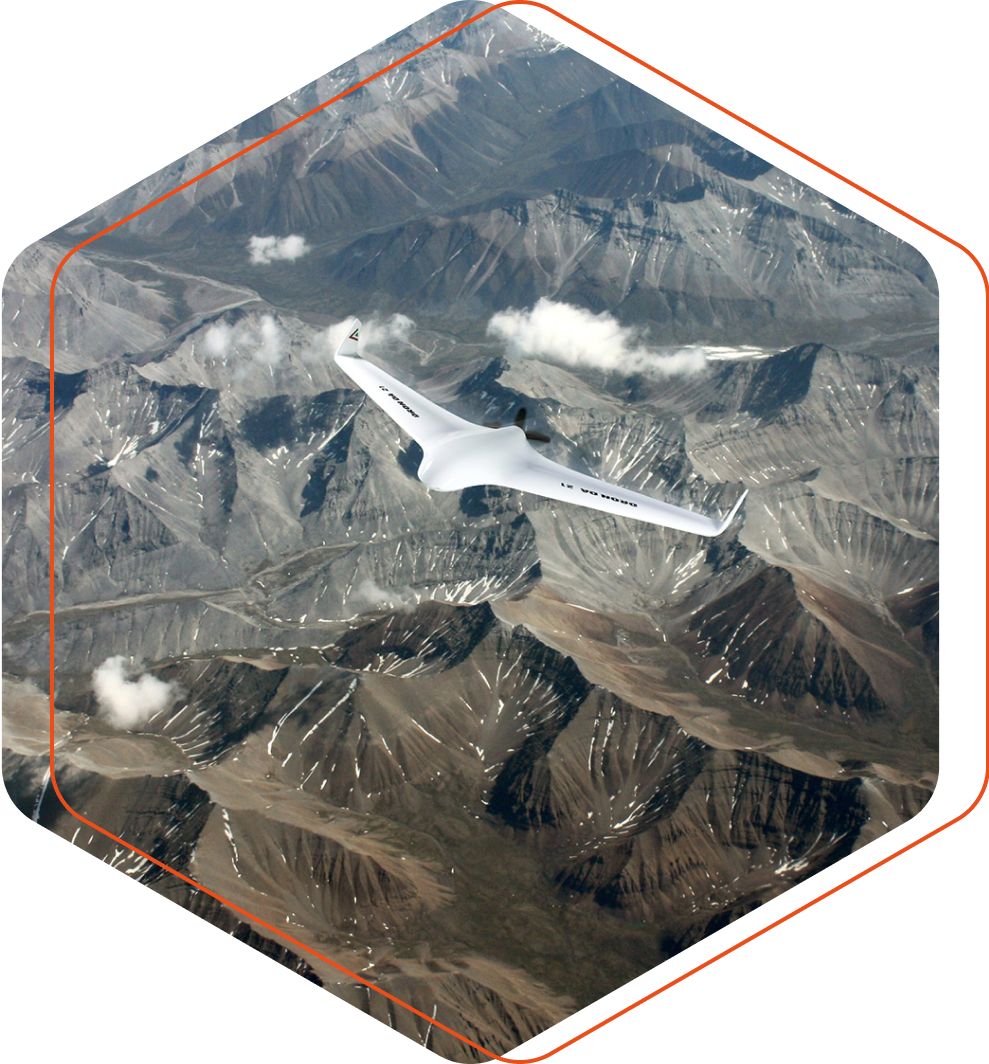 The UAVI transplant drone can stay in the air 8 hours continuously, within an approx 500 km radius.

In response to the challenges of the future, we examine the different aircraft doctrines, locations, take-off and landing locations, terrain conditions, weather conditions, and make changes to the flying devices accordingly. The organ transplant drone for delivery is an ongoing prototype development activity. A In addition to the currently operating rigid wing drone, is a rotor we have been working on, a drone prototype that can move on its own. This drone will move the transplant organ separately, it will be able to land from the rigid wing drone at the hospital on its own at the top, speeding up the delivery of the transplant organ to its destination.

Under development test flights should be performed daily, to test, refine and tailor prototypes. After the replacement of one important part, such as the engine testing is required for reliable usability.

The modularity of the dragon structure allows it to be produced in series.

As a result of many years of development and hard work the UAVI transplant drone dragon structure has become a mature product for series production.

Stay up to date

Subscribe to our newsletter to keep up to date about our promotions and news.